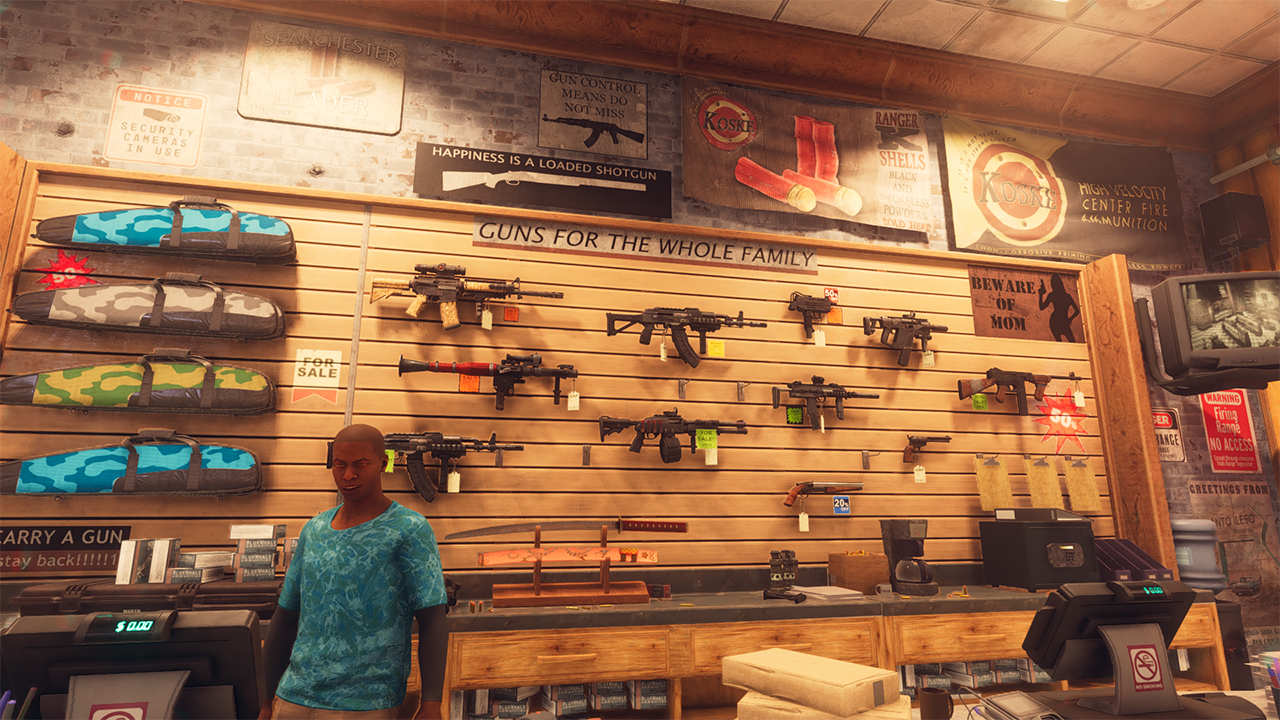 What would push any human being to start their own criminal empire? Some people do it for fame, fortune, a little bit of both, or as an act of revenge against the system. Also, in most cases, people wouldn’t start an empire on their own, especially if you want to make a mark on society – good or bad.

In essence, this is what Saints Row 2022 hoped to show you the moment the opening scene popped up. Like all its predecessors, it hinges on amassing a criminal empire and letting everyone know about it. Unlike its predecessors, the 2022 version wants to build that experience from the ground up while still maintaining the same level of chaos and a bit of wackiness in there.

I already touched on this game a little bit and had a pretty decent time to start. Now that I’ve gone through most of what the game offers, do I still hold it in relatively high regard like before?

How chaotic could this gameplay get?

We all know Saints Row games to be pretty chaotic in terms of the gameplay style; I mean, people called it a Grand Theft Auto clone notably for that reason. It’s this kind of unhinged gameplay style that drew in so many fans before, and the same can be said for the 2022 version. From the weapons to the vehicles, Saints Row 2022 offers total chaos to those who bring it.

Come on down to Friendly Fire for the latest in destructive arsenal!

One great thing I appreciated about this game was the fact that all your weapons are easily accessible through the Weapon Wheel. Of course, total carnage cannot be achieved without a wide variety of arsenal at your disposal. Although, I still find it too taxing to have to go to the gun shop to refill the ammo when I’m not in active combat. 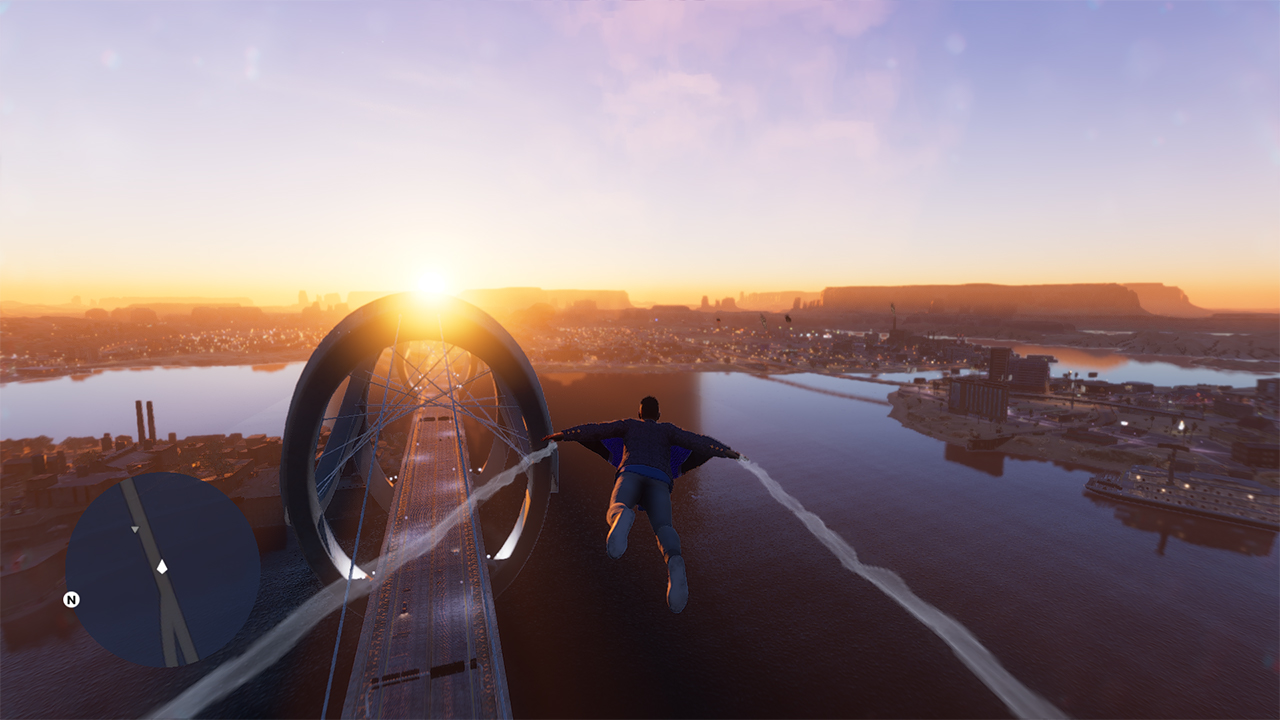 Of course, it’s important to have the right transportation options, and Saints Row is chock full of it. From futuristic hoverboards to literal tanks and monster trucks, this game has a ton for you to use at your disposal. Also, happy to report that you can store as much of it in your Garage, but you’d obviously prefer stealing one on the street instead. If you don’t like cruising in metal, your character still has a Wingsuit for some free and light air travel.

How do these all contribute to the feeling of playing a new Saints Row? For the most part, all of these gameplay elements provide a decent open-world experience. If you’re more into creating chaos wherever you go, all the weapons and vehicles are there at your disposal along with every other violent NPC you’ll encounter. 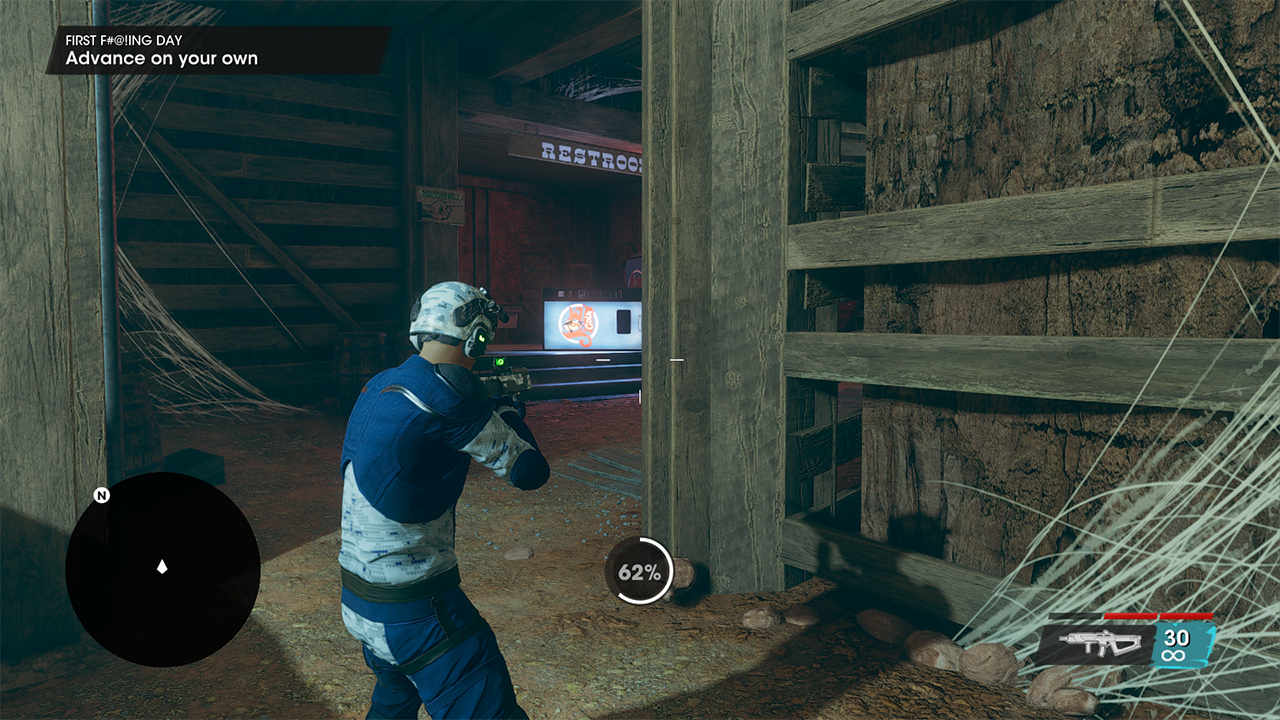 In Santo Ileso, you will come across three different factions all vying for the same control you want. These guys are scattered throughout the entire overworld, which is pretty massive so you will need those vehicles eventually. When prompted, you do have an opportunity to flex how good you are at clicking heads at every kind of threat. Of course, with all this chaos happening, all the cops will show up in the end to “try” and quell it – we all know you won’t allow that.

Yet, after all that chaos, nothing else really happens when you just play it outside the killings. Apart from the usual POIs like your Clothes Shop, Criminal Ventures, and Landmarks, there’s nothing else to do. Actually, let’s touch on that a bit more here:

Visually appealing, not so interactive though

From an overall visual standpoint, Saints Row 2022 definitely looks like the most refined game in the series. Of course, I say this considering that I have an Xbox Series X version of the game, so most visual elements look pleasantly detailed on it. Even so, you can see the amount of work put into improving the overall environment – from lighting to coloration across all POIs. 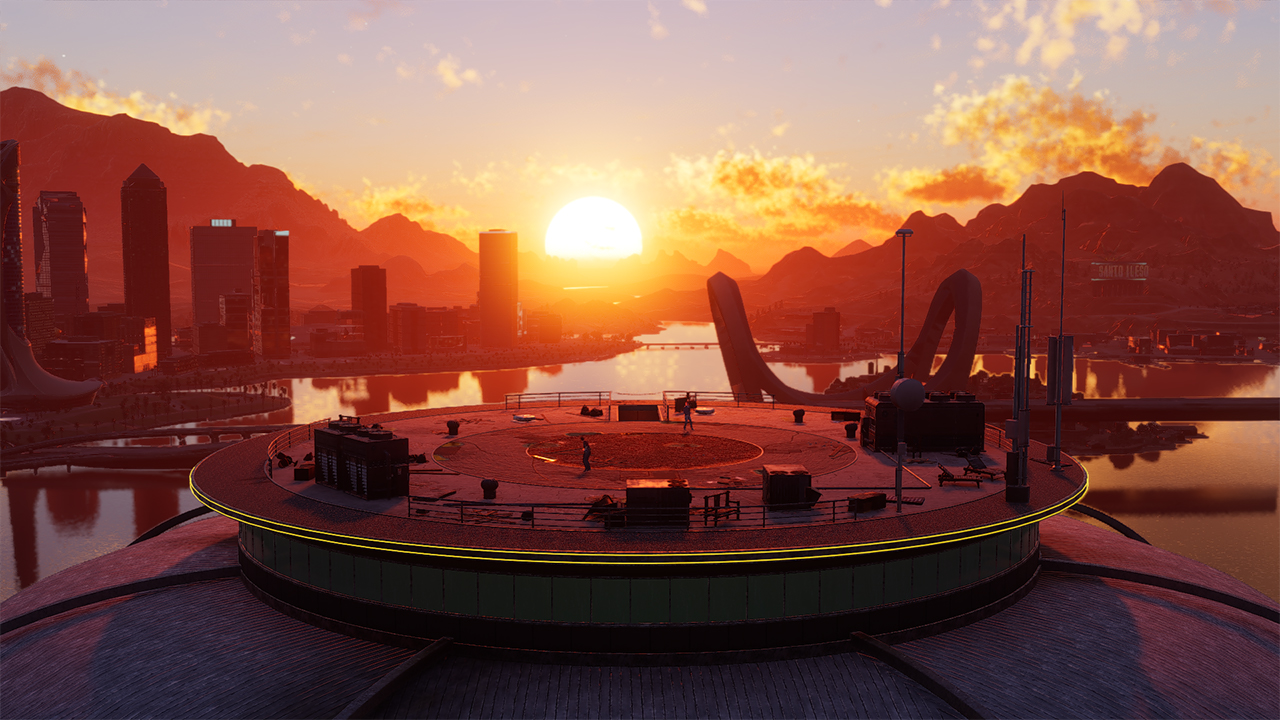 A view of the Santo Ileso Skyline

As I mentioned before, even with all these working for the game, it’s not as inviting or interactive. I noticed in most general areas, there’s practically the same set of buildings copy-pasted across the field. Honestly, within my first 10 hours of playing the game, I had literally seen everything on the map and had only interacted with a good five percent of it. 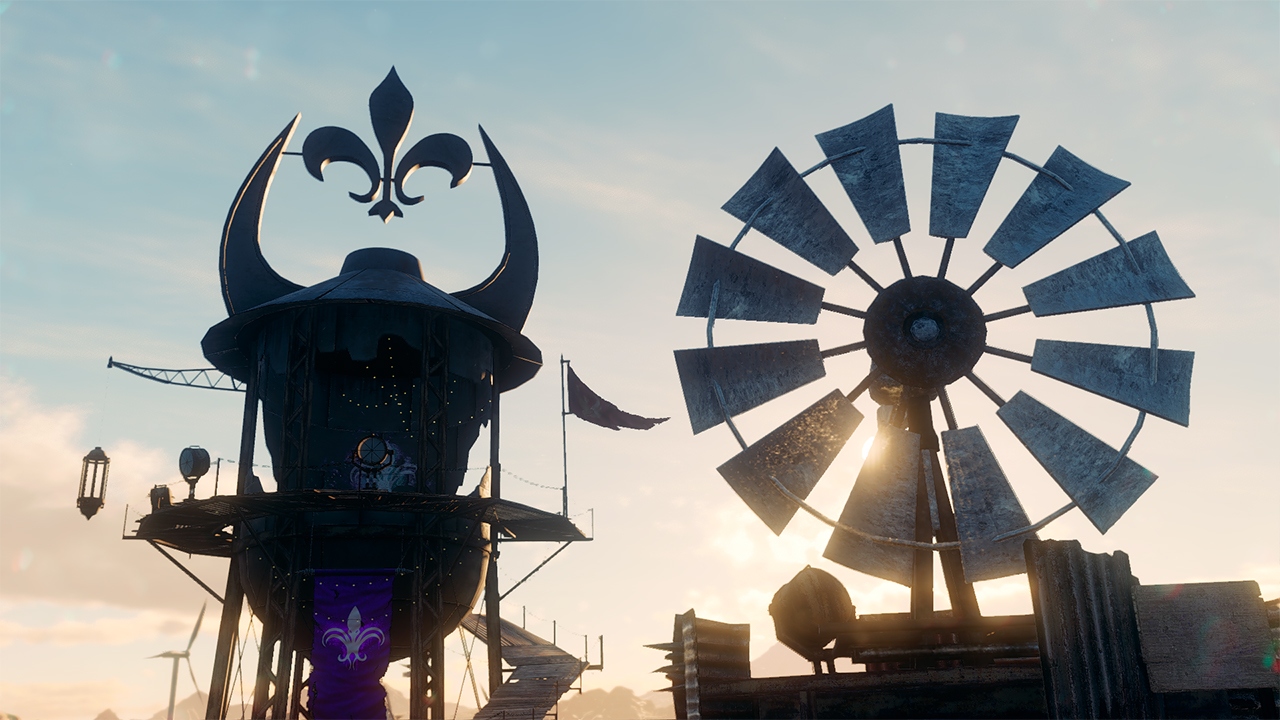 One of your Criminal Ventures within Santo Ileso

Also, I felt that there’s nothing particularly enticing within the overworld to accomplish outside of the main story and actual side quests that contribute to game completion. Other open world games with a similar nature leave a ton of things to grab or interact with. Here, you can’t enter most buildings and every nook and cranny just feels like going through a plain street.

A story with some holes and just flopped in general

Perhaps the biggest thing that I had a gripe with about this game was the main plot you’re working towards. In my first impressions of the game, I actually liked the fact that they went with the whole “building an empire from the ground up” type of pitch. It’s something quite unique in the Saints Row Multiverse, considering that previously, you’re just thrown into the empire. 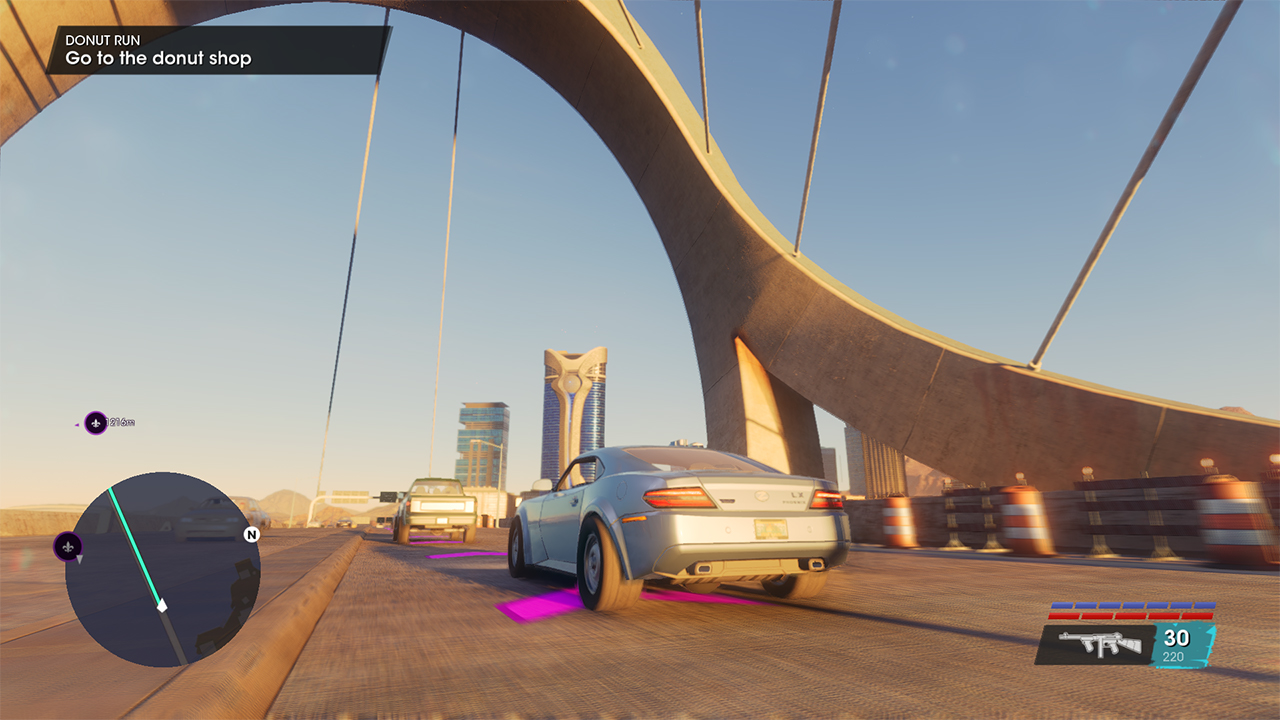 I expected a journey of literal trial and tribulation to achieve the kind of status a criminal empire brings to a hardened soul like “The Boss.” Instead, we pretty much have a watered down, Gen Z version of what it means to start an empire. It’s more fun than serious most of the time, and I just find myself a bit dumbfounded every time I progress through it.

Sure, it’s a good thing that the game finally gave you a reason to do the side quests as these would help progress through the main storyline. However, I have no clue as to what exactly I’m trying to achieve in all this. Did I, as “The Boss,” just wanted to start a criminal empire because I’m sick and tired of the system? After going through the main story, it just left me unsatisfied with how everything transpired. 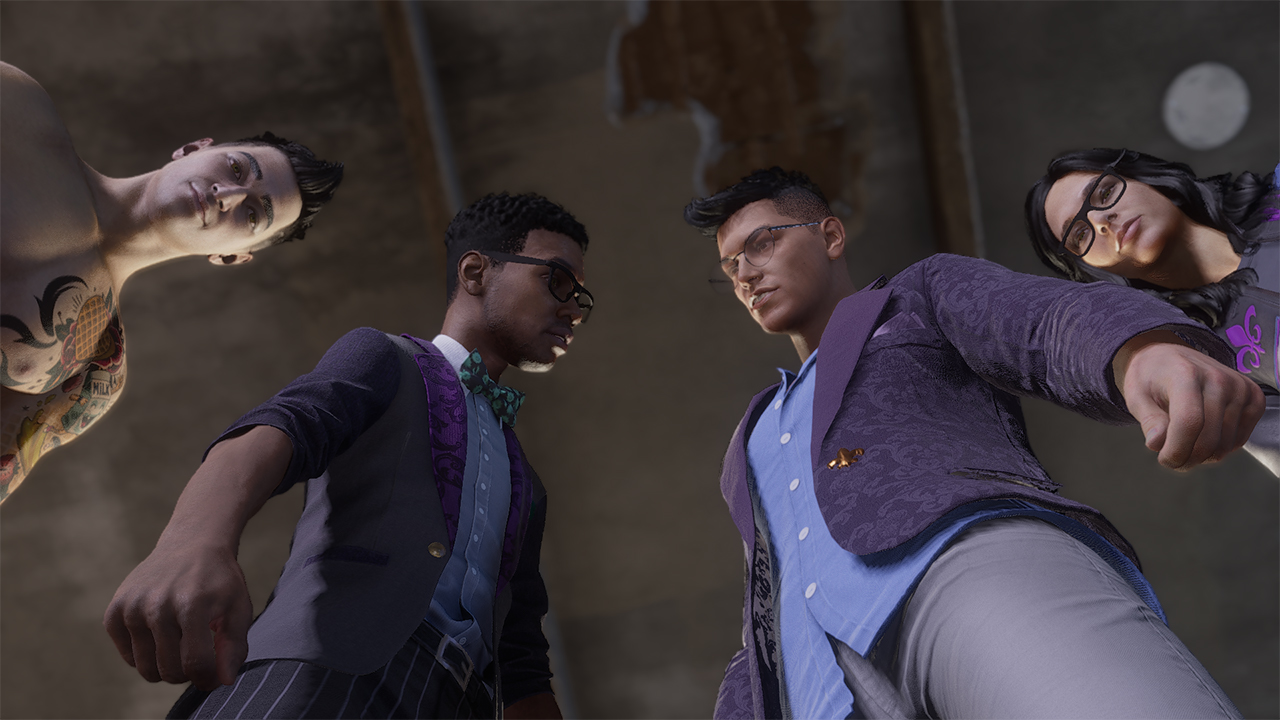 Kevin, Eli, You, and Neena, and somehow you’re all besties

Also, I want to just point out that at no point in time did the game actually tell you how you met the three friends you built the empire with. Seriously, you begin the story being friends with them already, and not much dialogue or flashback segments call back to how you met. Even their intentions for wanting to join you are a bit petty at best.

Saints Row 2022 was more of a disappointment in the storyline department, and more of the same chaotic energy in the gameplay aspects. It shines through its gameplay style that’s consistent with all the other games, without any particular magical gimmicks. Also, from a visual standpoint, it’s vibrant and relatively seeping with proper lighting and coloration. 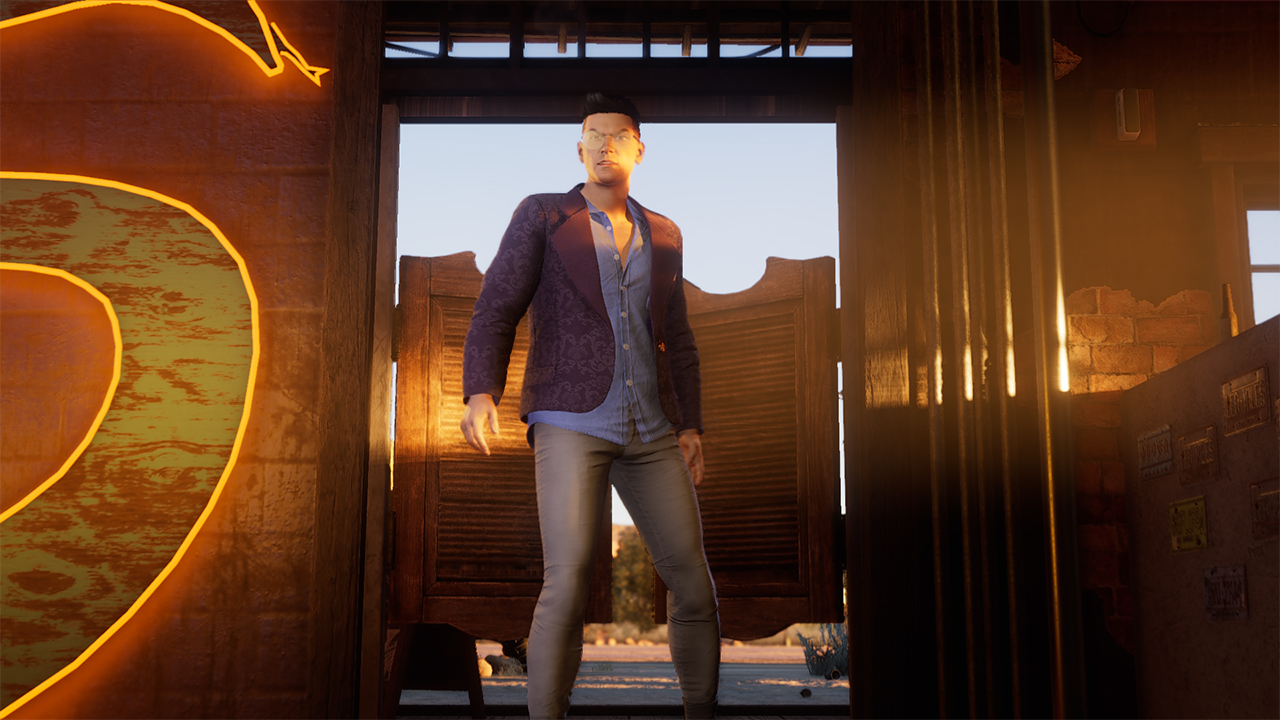 Even with the gameplay and visuals looking pretty decent, it’s not as fun to play in the long run when you’re trudging through a story that’s bland, somewhat repetitive, and unfulfilling. As you amass your criminal empire with relative ease and minimal casualties, you feel unaccomplished. It’s as if it wasn’t worth going through all that trouble and sacrifice to start an empire, when these guys could have just asked for better treatment from their former factions.

I still stand by the fact that for old time fans, you will enjoy the carnage a little bit. Other than that, if you’re looking for a fulfilling way to be the fiercest gang in town, this game doesn’t promise you that. Maybe a sequel for this game might do the trick and turn things around some time later on.